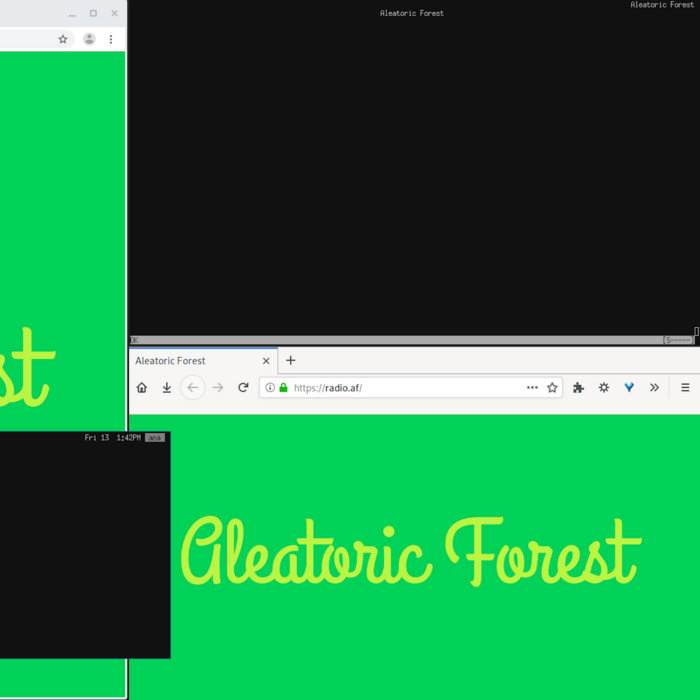 This is the first in a series of recordings documenting procedural and generative works streaming on Aleatoric Forest.

These recordings are procedural reworkings of field recordings from the phonography.radio.af channel on Aleatoric Forest.

An ongoing series of renders with this system will be broadcast on the phonography channel beginning in January 2020.

The source recordings for each piece were automatically selected from the entire corpus of field recordings currently streaming on phonography.radio.af